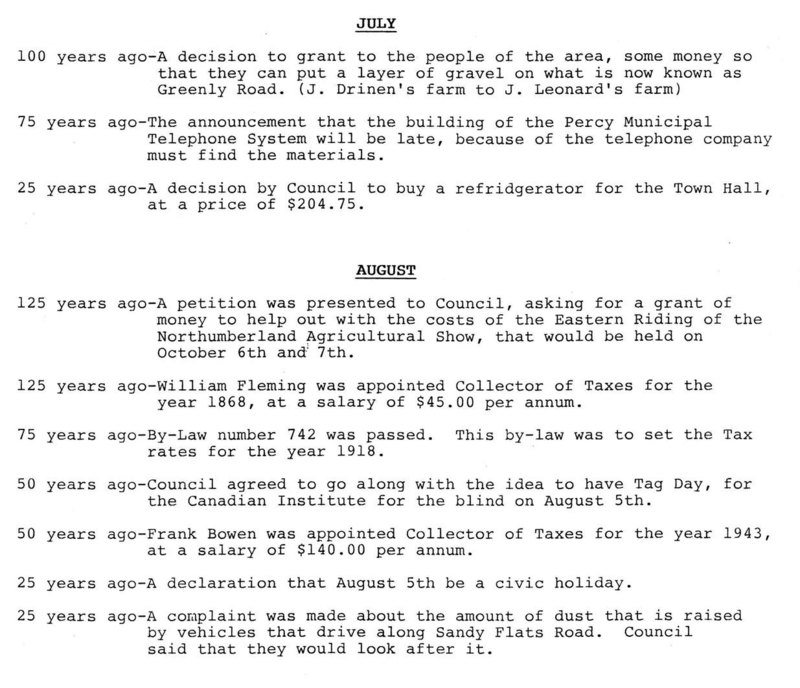 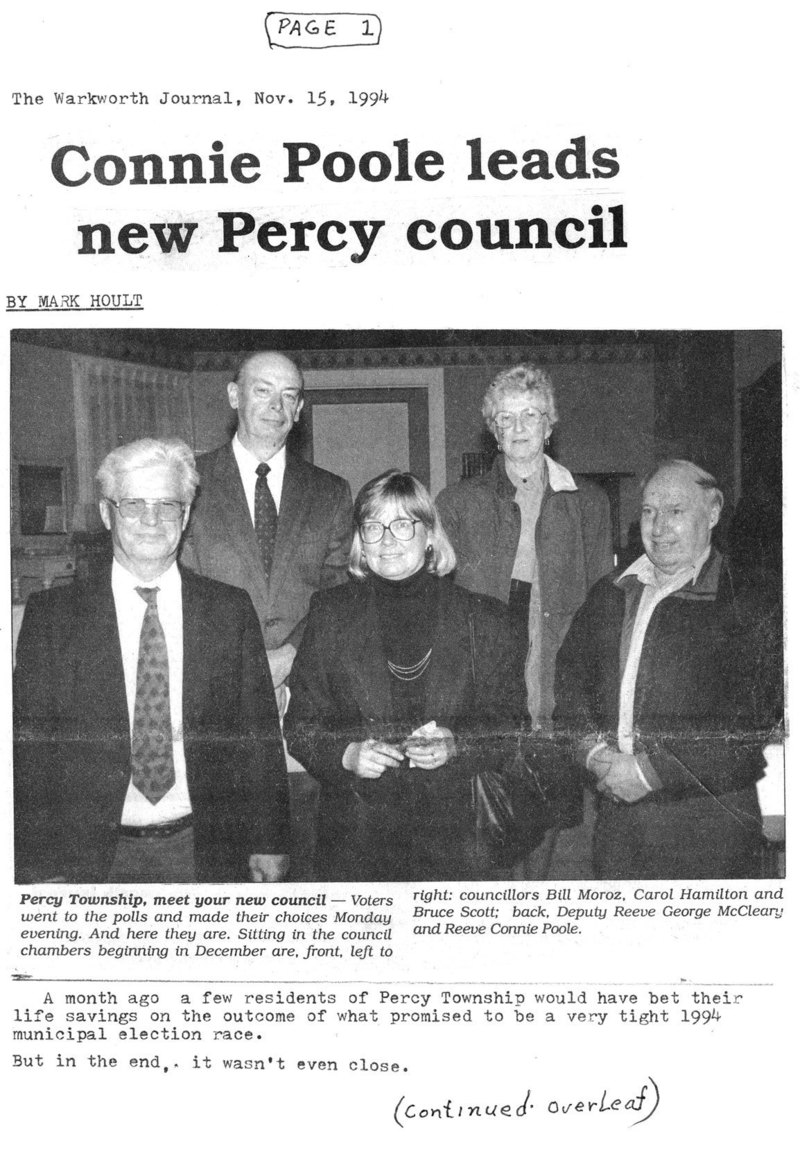 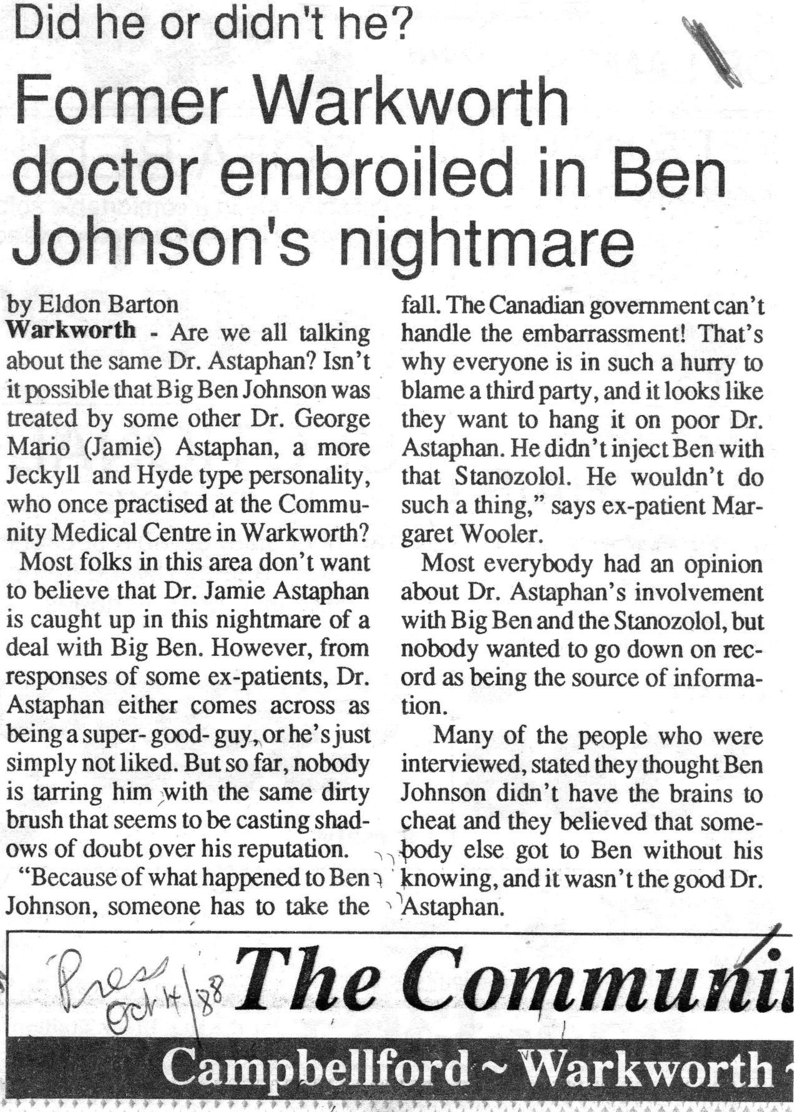 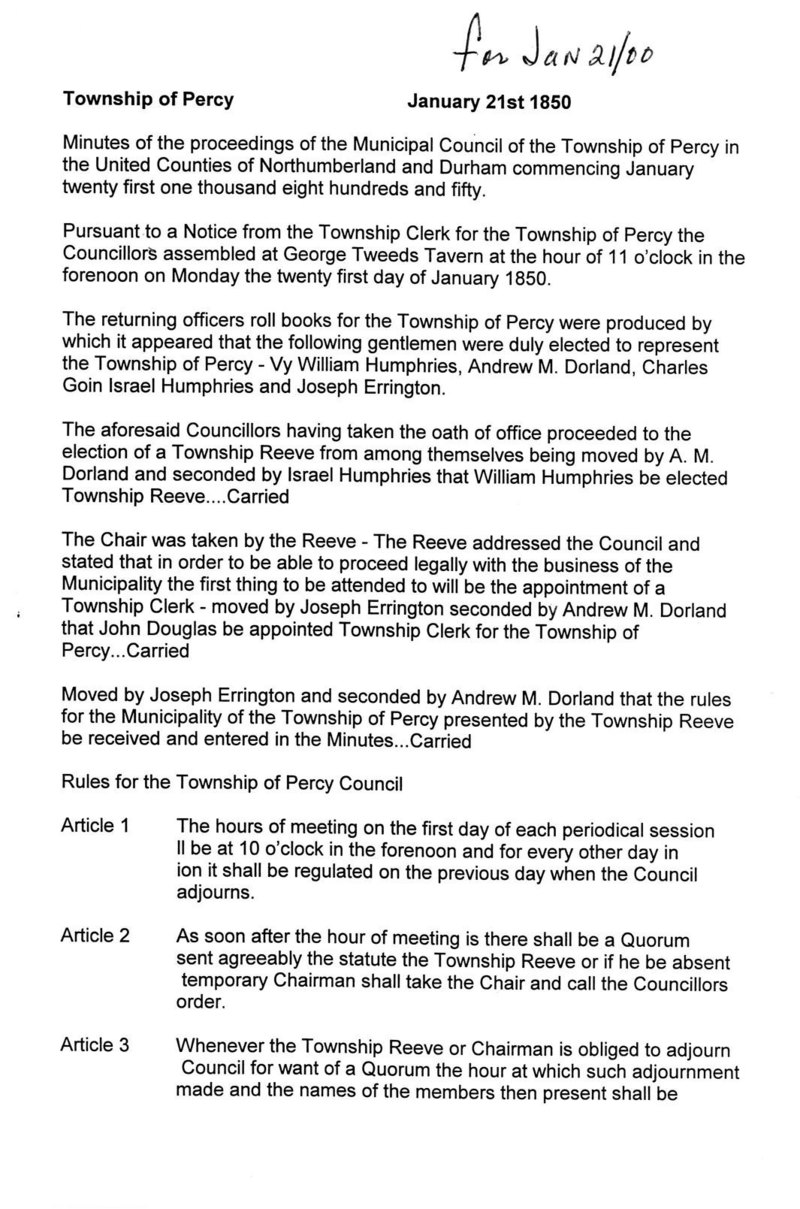 The Warkworth Journal, Oct 10, 1923 - Despite the very wintry weather on Friday, Warkworth Fair drew a very large crowd, almost equal to their best years, while the exhibits in nearly all lines were more numerous than last year, a high standard. A new feature at Warkworth Fair was the Stock Judging competition open to young men under twenty-five who have not attended an Agricultural college. When the contest was called eight young men presented themselves. They were required to judge one class of each of the following kinds of stock, heavy horses, dairy cattle, sheep and bacon hogs. Cash prizes were offered for the best work in judging each of the classes, and a silver medal with a suitable inscription, was awarded the contestant standing highest in the aggregate of all classes. The number of cash prizes awarded any one competitor was limited to two. In the event of any one competitor obtaining a sufficiently high standing to win more than two classes, the prizes would revert to the competitor standing next highest.

Read the entire 1923 Agricultural Fair results as published in the Warkworth Journal over a three week period:

The Warkworth Journal, May 17, 1922, Warkworth & Vicinity ~ Saturday morning, when Mr. John Crookshanks’ horse started from the cheese factory and dashed into the village with a demolished trailing vehicle. The animal turned in the gate leading to Mr. C. Fowler’s home - one wheel missing a small boy by about three inches; and although there was plenty of space at the rear of Mr. Fowler’s home, it turned the corner of his house and jumped into his kitchen through the open door taking two wheels of the wagon with him. Very little harm was done in the kitchen, except the upsetting of a few minor house hold effects.

The Warkworth Journal, July 14, 1920 ~ The furious driving on our streets on Saturday evenings, by “smart alecs” from the country is a matter of much comment. When young men cannot drive through town, especially Saturday and Sunday evenings, without racing and acting like a lot of hobos, it is due time some official would bring the rowdies to justice or resign office.

Note: Transcribed by John Charlton, July 2008 from a single, loose, typed document found in a binder of loose papers located in the Warkworth Library. The document is niether dated nor signed, but may be reasonably attributed to Hank Smith who collected a number of testimonials from Warkworth and area residents in or around the 1980's.

The Site Of The Ancient Cemetery

Mr. Pettifer showed me where the site of an old cemetery was, wherein were buried the remains of the very first settlers in this area.

It was situated in a field wherein the old map in Percy Twp., out of the 1878 Atlas of Northumberland, was called Concession 2, Lot 13. In the old map, the property was owned by Samuel Jones and J. C. Curtis. The road leading past the old Cemetery is now called 29 Highway, and is about half a mile beyond the modern Cemetery called Warkworth Cemetery.

John Weatherson told me that the settlers whose Cemetery it was, must have been the first settlers in this region. They settled here before the old 1878 Northumberland Atlas existed. They probably came here in the late 1700's and very early 1800's.

One of the old houses in the vicinity used to belong to Mr. John Brown and his wife. One of their children was Mabel Brown. This was told to me by Harry Pettifer.

Bessie Smith later told me that a Mr. Art Reycraft married Mabel Brown, and then the two of them owned the farm with the Cemetery on it. Art was rather irrational in his behaviour. He tour out all the gravestones and hauled them away. One of the gravestones was used in the barnyard.

There used to be an old barn which belonged to Mabel and Art. Some young vandals went in and set fire to the old barn.

Bessie told me that Art and Mabel lived there around about the 1930's.

When Harry Pettifer and I went up to see Mabel's old house, there was only its back part still standing. The front part had a basement under it but its upper part was demolished, leaving a big hole where the cellar was.

At about 10 feet away from the house was a lovely spring fed well, whose top was about 2 feet to water. The depth of the water is about 6 feet. The water is very clear.

The place is used as a sort of a summer camping site, and there is a good quality trailor parked near the old house where someone comes to stay in the summers.

Mr. and Mrs. Brown always attended the Methodist Church, and Mabel, their daughter did too. Mabel married Art Reycraft. I heard that after they were married, Art went ahead and got rid of all the cattle. I don't know whether he went into Jerseys or not. Anyway, he just took over, and Mr. Brown didn't like it very well. I think that it was the man who came over to test the cattle told Mr. Brown what was going on, but Mr. Brown just said to him: “You tell him something, if you can, I can't tell him anything.”

Mr. Brown didn't like the fact that Art Reycroft was just turning everything upside down. From the way Art was acting, it looked as if he could very well have torn apart the graveyard and have taken its stones away. I didn't blame Mr. Brown. It is against the Law to disturb Graveyards.

I never knew anything about the names on the Gravestones.

Whether or not Mabel actually got married in the Methodist Church or not, I don't know. It was before my time. Mabel was quite a tall woman.

Mr. Merrill said that the name of one of those that were buried in the primitive graveyard, was a Mr. Jessop.

In the Warkworth Cemetery stands a grave stone whereon is written:

Mr. Merrill showed me where the old cemetery of the first settlers was situated. To get to it, on had to go along his property's west boundary right tot he end of his fence, then turn right for a few steps at his north fence.

Not one gravestone is visible there now, but by the slightly higher lay of the little field there, one can discern its position. There is an old spring well a few feet to the west of the old graveyard about five feet away from it. At the moment the old well is full of fence-wire and old fence cedar rails and tin cans, probably to keep the cattle from falling into it.

Percy, Ontario was a former incorporated township (1850 to 2001) and now a geographic township located in Northumberland County, Ontario, Canada. It is currently part of the Municipality of Trent Hills. Assembled by the Warkworth Percy Historical Society, the purpose of this web site is to preserve, publish and promote important and unique Percy Township records.