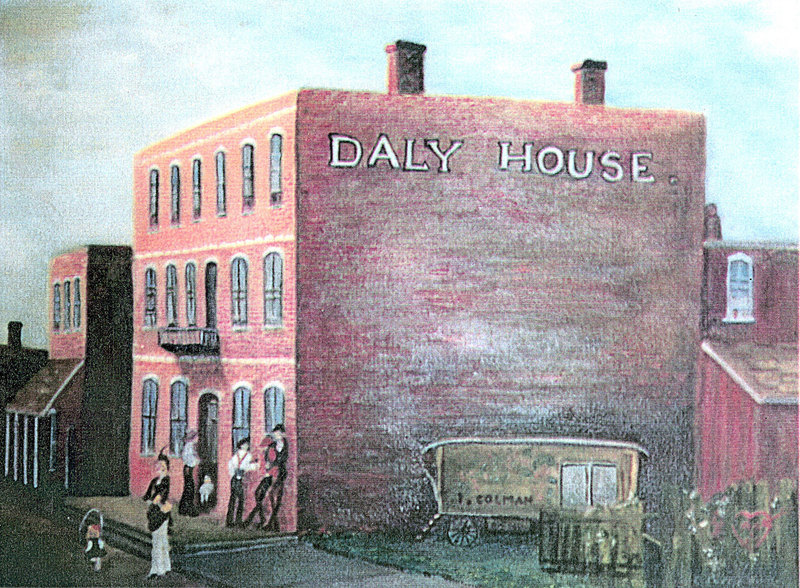 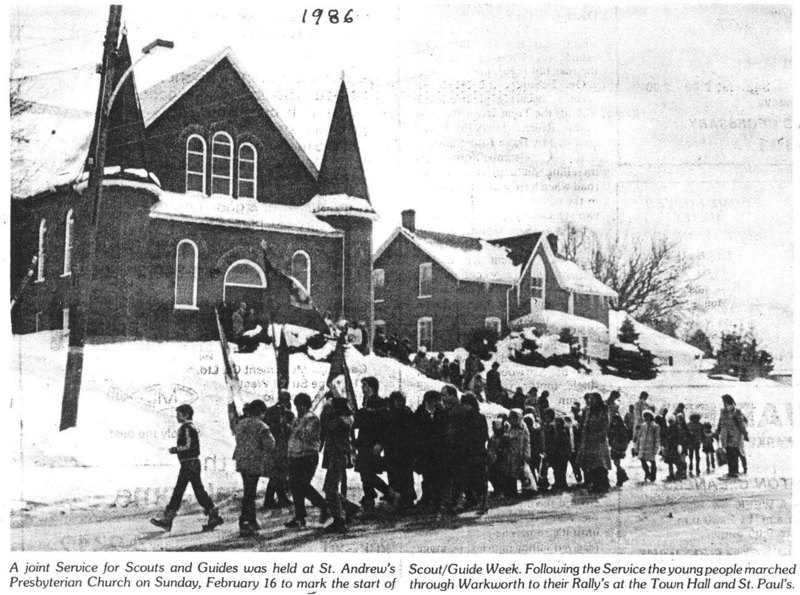 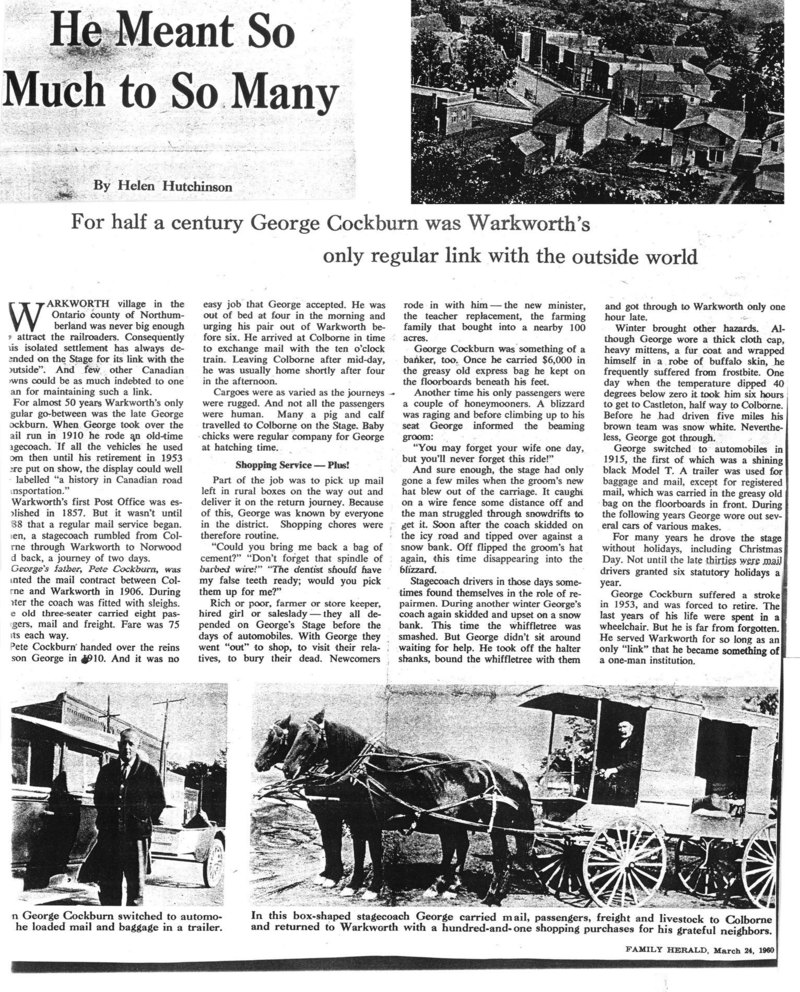 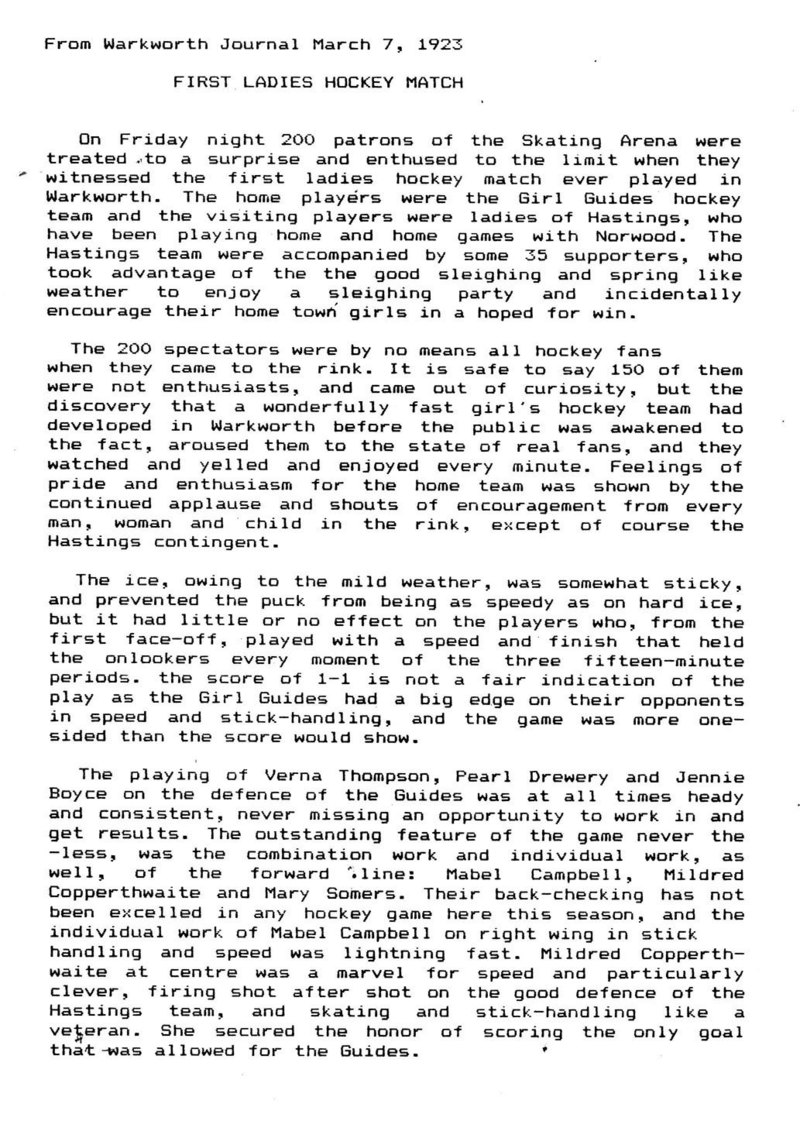 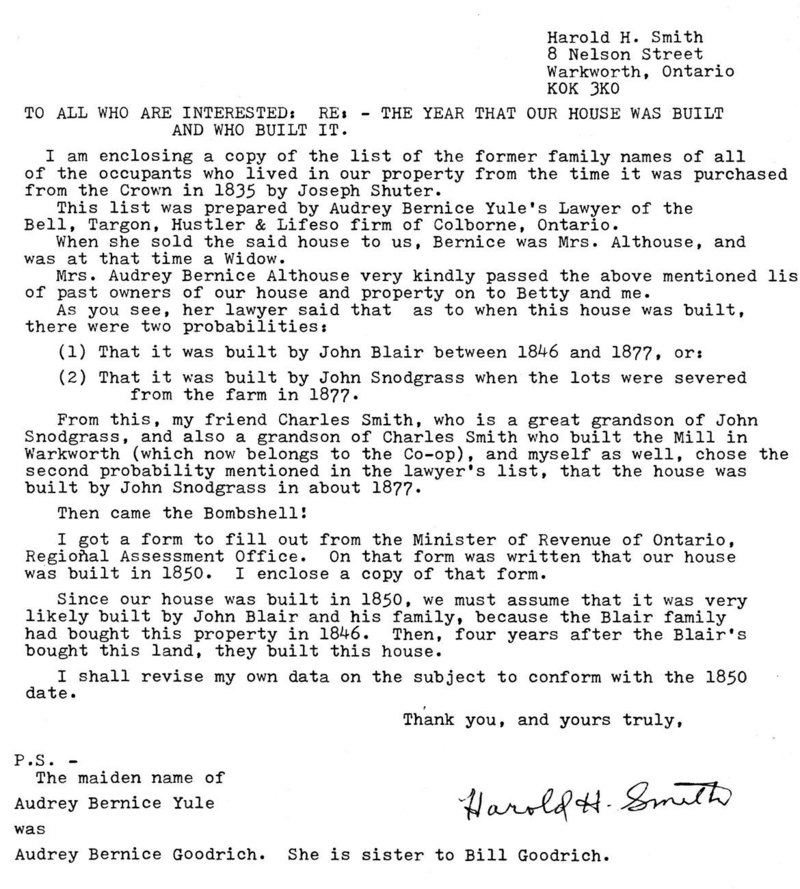 The Warkworth Journal, Oct 10, 1923 - Despite the very wintry weather on Friday, Warkworth Fair drew a very large crowd, almost equal to their best years, while the exhibits in nearly all lines were more numerous than last year, a high standard. A new feature at Warkworth Fair was the Stock Judging competition open to young men under twenty-five who have not attended an Agricultural college. When the contest was called eight young men presented themselves. They were required to judge one class of each of the following kinds of stock, heavy horses, dairy cattle, sheep and bacon hogs. Cash prizes were offered for the best work in judging each of the classes, and a silver medal with a suitable inscription, was awarded the contestant standing highest in the aggregate of all classes. The number of cash prizes awarded any one competitor was limited to two. In the event of any one competitor obtaining a sufficiently high standing to win more than two classes, the prizes would revert to the competitor standing next highest.

Read the entire 1923 Agricultural Fair results as published in the Warkworth Journal over a three week period:

The Warkworth Journal, May 17, 1922, Warkworth & Vicinity ~ Saturday morning, when Mr. John Crookshanks’ horse started from the cheese factory and dashed into the village with a demolished trailing vehicle. The animal turned in the gate leading to Mr. C. Fowler’s home - one wheel missing a small boy by about three inches; and although there was plenty of space at the rear of Mr. Fowler’s home, it turned the corner of his house and jumped into his kitchen through the open door taking two wheels of the wagon with him. Very little harm was done in the kitchen, except the upsetting of a few minor house hold effects.

The Warkworth Journal, July 14, 1920 ~ The furious driving on our streets on Saturday evenings, by “smart alecs” from the country is a matter of much comment. When young men cannot drive through town, especially Saturday and Sunday evenings, without racing and acting like a lot of hobos, it is due time some official would bring the rowdies to justice or resign office.

The Village called Percy Mills is situated on Lot No 16 & 17 in the 3rd concession of Percy and has four well stocked stores, one Tannery, four Blacksmith shops, two Waggon Makers, four Shoemaker Shops, two Taverns, one Town Hall - brick, 28 feet by 45 and cost 275 pounds, has one Grist Mill, two Saw Mills, one carding machine, one Roman Catholic Chapel, one Chapel for other denominations of Christians.

A large and never failing stream of water runs through the Village an easterly course and empties into the River Trente six miles distant. The stream during the Spring and Fall seasons is navigable for boats of considerable burden. There are annually immense quantities of square lumber and staves floated down its current into the River Trente and taken from thence to foreign markets.

Source: Excerpt from the 1851 Census of Northumberland County 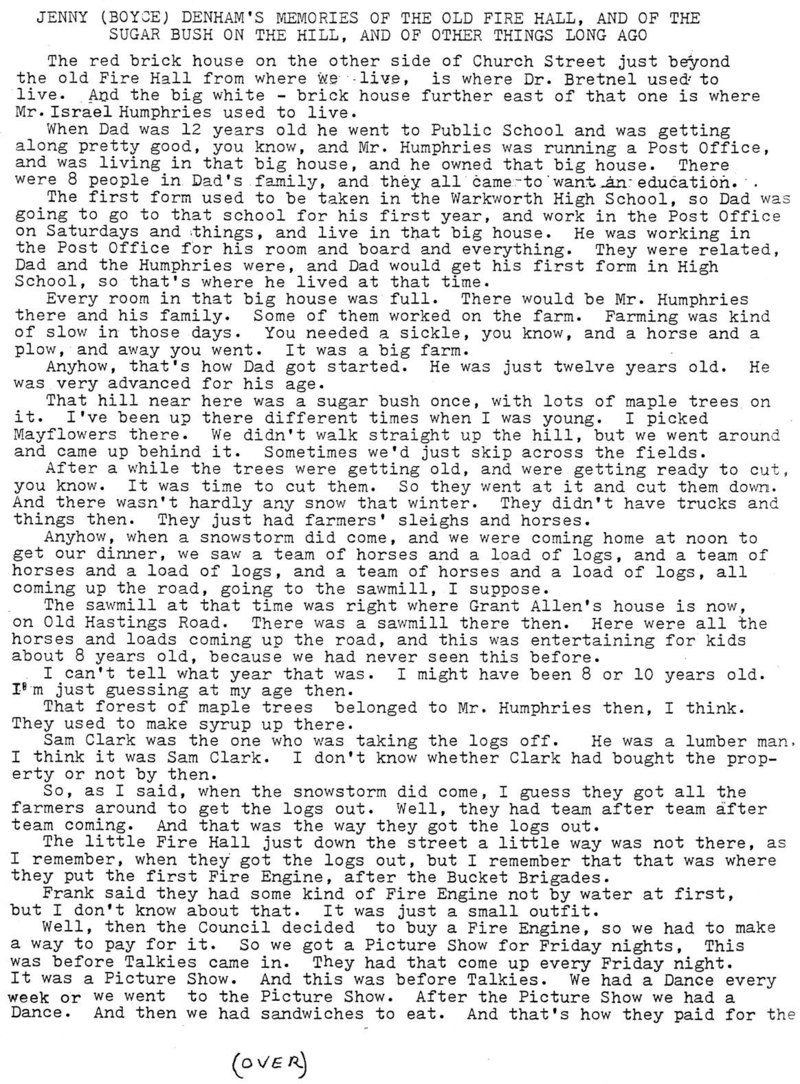 Percy, Ontario was a former incorporated township (1850 to 2001) and now a geographic township located in Northumberland County, Ontario, Canada. It is currently part of the Municipality of Trent Hills. Assembled by the Warkworth Percy Historical Society, the purpose of this web site is to preserve, publish and promote important and unique Percy Township records.